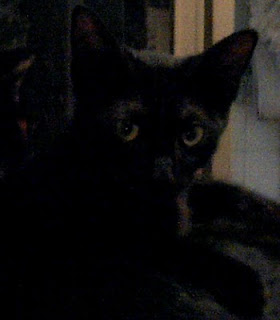 
According to Llewellyn’s Magical Almanac, today’s color is purple and the incense is orchid. Now this is a pet peeve of mine: orchid incense. Orchids are one of the largest genus of plants on the planet and they range all over the spectrum in smell to no smell at all. There are cinnamon, jasmine, lemon and indescribable scents. So exactly what is orchid incense? Today is Australia Day

Astrologically, the Full Moon is at 10:18 PM PST but doesn’t occur until 1:18 AM EST on Saturday morning. So we have a two time zone split. The Moon enters Leo at 9:10 AM EST and the world becomes a stage.
For about a week, ego energies are clashing as people take credit for work that is not theirs, inventions are stolen and possessiveness wars with freedom. I want my freedom but don’t you dare try to get yours is the mood.
This afternoon you are going to have to put up with some blowhards. Just make sure you stand your ground. You don’t have to put up with changes that are not in your favor just because the other person is louder. By late afternoon, you will have a way around restrictions and rules. Energy is really, really high over night so it will be hard to sleep.
Just a little warning on this date night, so pay attention. People are so involved with themselves that they are not paying attention. That causes accidents and makes them prime targets for muggers and thieves. Pay attention and if someone is complimenting you under these influences, you really need to be very careful They are probably conning you.

Today’s Tarot Card is the Page of Swords: decomposition. Uncertainty can have you returning to past ways and destroying all the progress you have made.

Deck: Healing with the Fairies.
The Faeries say:
Pay close attention to financial flow today. There are opportunities out there.
.
Today’s Cat Comfort Card is:
The Cat’s Pajamas: “You are the bee’s knees today. Enjoy” For my foreign readers, that means you are really something special because bees don’t have knees.

Deck: The Fairies’ Oracle by Brian Froud & Jessica MacBeth
Today’s Faery Finder is on the lookout for:
Arval Parrot is hear today and his specialty is communications. Even his throat chakra glows! Speak from the heart today.

Today’s Lo Shu Number is 7 and the Element is earth. The Rooster find conflict today but the Dog and Boar have ease. Today is not an auspicious day for haircuts of beginning construction.

Today’s Message from the Universe is: “I follow my intuition. I don’t have to struggle, not even in my mind, to improve this situation and to achieve my goals. I listen to the guidance of my Higher Self and the good I desire is near and within reach.” Annie Marquier creating a world of peace one thought at a time.

George sent me this piece early today from one of his groups:

“People in Haiti are starving while standing under a Moringa Tree, they do not know that they were planted there to relieve starvation and provide good nutrition to the people, not even the aide workers there know what they are looking at. Moringa Olifera is also planted in Africa, Philippines, Hawaii, Southeast Asia, India and thorough out South, Central America and the Caribbean to prevent starvation and provide nutrients to the populations; Ashitaba can be grown rapidly on any Strombolian volcanic ash or lava [after it has cooled], people lived to be very old and very healthy on Honshu Island in the Pacific just eating Ashitaba, which containes small quantities of Vit. B-12, one of the few plant sources for this co-enzyme. Bot Cobalt must be present in the soil, that is what is found in Strombolian volcanic ash. Haiti is the rim of an ancient Strombolian volcano, so it is prime ground for Ashitaba, Hawaii may not contain sufficient cobalt as it is a series of shield volcanoes. If people would eat Moringa and Ashitaba they would reduce their blubber and be much healthier as well.”

I said, “the what tree?”. Of course, you know I had to do some research and I discovered this is the infamous Horseradish Tree. It is infamous because although the root is used as a seasoning similar to horseradish, it also can be poisonous. BUT…the rest of the plant, which is more of a bush than a tree is edible and tastes a little like asparagus. The leaves are easily stripped off the branch and cooked like spinach. The baby seed pods are eaten like string beans and the fully mature seeds can be eaten like dried beans or toasted like nuts. The medicinal value of the plant is off the charts. Unfortunately, it is tropical in nature and to get the full medicinal value it has to be grown in volcanic soil like is found in Haiti or Hawaii. You know I had to score some seeds and sure enough 5 are on their way to me. I should be able to multiply that into many in one growing season. It will survive a hard frost but dies down to the ground. As soon as I get some that like South Florida, I will make the seeds available and the plants at the shop. So, why aren’t people eating them? Because like me, they have no idea what they are looking at. I actually saw them growing on a deserted lot in Hawaii and thought they were some sort of weed. The whole lot was covered in them and a flock of Nene, native Hawaiian birds, were living there. Now I know why. They had unlimited food. The organizations that plant these trees and others like them in the third world do not seem to do any educational work as to what to do with the plant. Although the roots are dried, ground up and used in many dishes I seriously doubt anyone remembers the rest of the plant is edible and in many places it is used as nothing more than forage for animals, people left totally unaware that this is a gourmet dish in many other ‘civilized’ countries around the world.
I also discovered that mesquite seeds can not be shipped to Florida when I tried to order some. Well, they can’t be legally shipped. I seriously doubt is a desert plant is going to take this hot, humid, mold infested ring of Hades over any time soon!
Remember I have told you many times that Fiona is the cutest, tiniest little thing in the Universe who can get you to do anything for her? Well, you have no idea how many pictures it took to catch her projecting the cutes, but I got one! Facebook, MySpace, Blogger and those who get email directly from me will see one.
I accidentally, almost pushed Napoleon off the bed. He never hit the floor. I caught him as he was sliding down the comforter. There was NO pain! I got the look. The one where a cat scrunches up their whiskers and narrows their eyes and you know you did wrong. Then he deserted me and went over and sat on the dresser just to make his point. There is nothing quite as complete as being ignored by a cat.
Posted by Janice Scott-Reeder King at 8:37 PM