Posted by Janice Scott-Reeder King at 4:52 PM No comments:

“Oh, I can make that at home. Why should I pay you ten dollars for it?”
Those words are the bane of every crafter and artist in the universe and then we all gather later and laugh our lower posteriors off at the goober. 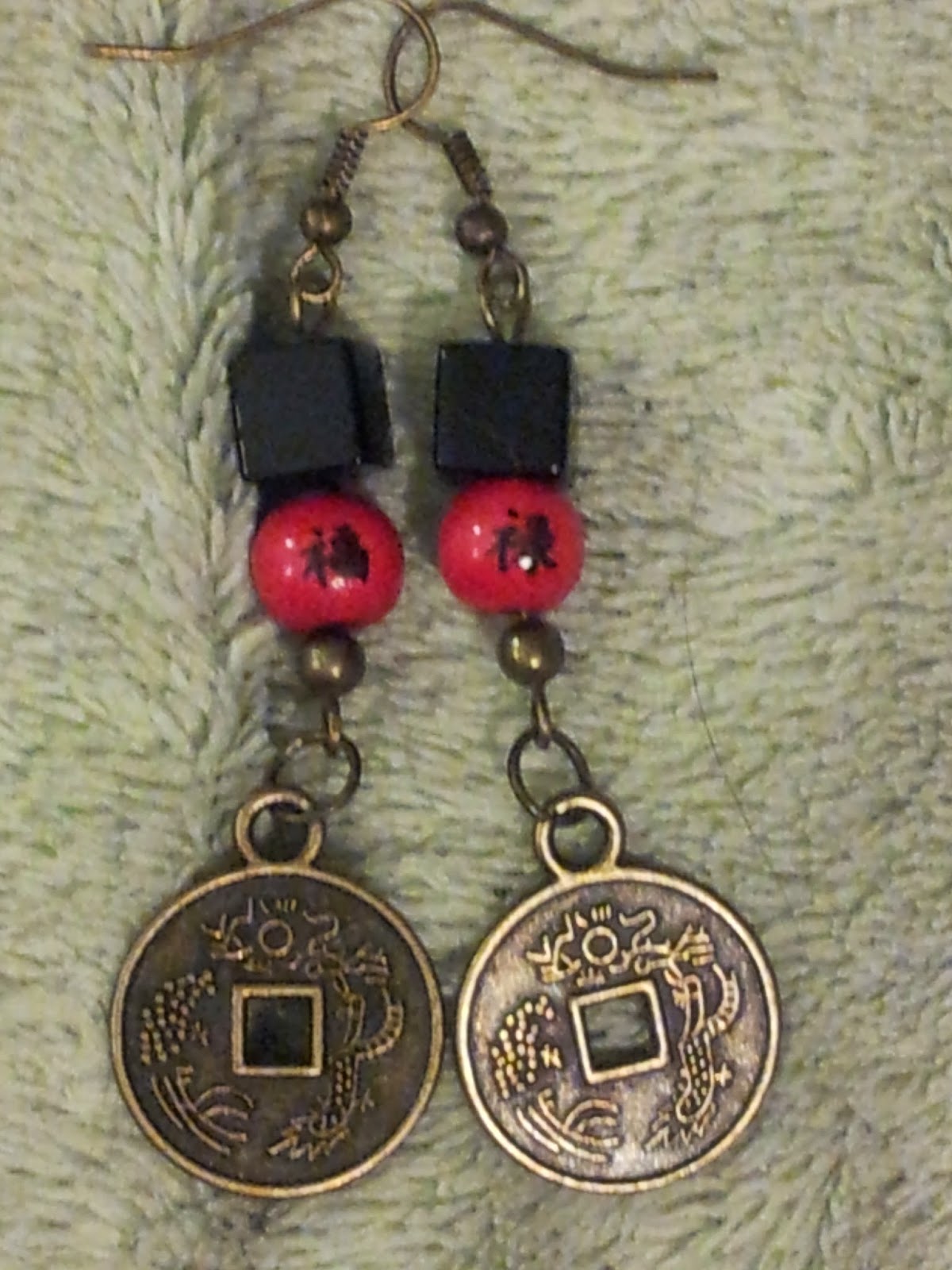 It is my sage opinion that craft stores should put on free craft fairs for their customers to sell things and give every one of them at least $50.00 for showing up to exhibit.

Because you can do it yourself cheaper..... sure you can.

I was musing about that last night as I cussed the company that sold me the earring kits and, as usual, managed to leave a component out of one of the kits. In this case, it was a needed green bicone crystal. Green is the hardest color to come by and I wound up substituting an expensive Swarovski crystal. Someone is getting a deal on pumpkin earrings if they look closely.

There is one important sentence in the jewelry kits; tools not included. They forgot to say; skill not included. They also forgot to mention they leave things out and it is never the cheap part of which they give you an extra one and that if you mess up, well, you now need pieces that aren't in the kit.

First, it takes three tools to make the earrings and one of them is available for under $10.00 dollars, but you have to find El Cheapo with perfectly aligned jaws and it will last about 3 pairs that way you get to buy another El Cheapo. Eventually, if you keep making anything, you will buy the $30.00 tool that works and lasts. So for argument's sake, you just spent $30.00 on tools to make a $10.00 pair of earrings.

Now, you might be getting something made from a kit because that is the easiest way and the cheapest way to buy the parts if you don't want to make at least twenty of an item. Since your crafter buys these kits in quantity to save money, you have to have at least 4 other people who want one of these or you get to throw the kits away. Then again, you might need to make a half dozen to get one half way decent pair of earrings. Kits are notorious for having the cheapest components which means your wires and jump rings are the thickest and the hardest to manipulate which means once again, you really need skill to put them together.

How do I know? Well, there are techniques and the hardest thing to make is a loop. Yes, you read that right. I am talking about the stupid little loops that abound in everything. I finally paid $30.00 for a class because like golf and tennis, you can't learn the technique from Utube or a book. Someone needs to take your hand and wrist and guide you through the process. I know because after years, yes years, of lopsided, wrong sized loops, I almost cried when I made my first perfect one, with my teacher holding my hand every step of the way. A hundred loops later, I can make one on my own! The next fun thing to learn is crimping. I AM NOT GOING THERE!

Oh, and speaking of those free videos..... Have you ever noticed the person is selling you classes, DVD's or books, who is making them? Now why would they tell you the secret on a free Internet video if they expected to sell you something? They figure after you buy the tool, you'll spring for the DVD to learn the real trick.

Now let's consider you are going to copy the artist's design and make your own earrings. You will have at least 3 beads in the earring. They don't come by the bead. You have to buy a whole string and since we buy at gem shows, the minimum purchase is $100.00 to get beads at a minimum of $10.00 a string if they are cheap. The real mineral ones can be $50.00 string or more. Then you need ear wires, T wires, O wires, spacers and jump rings. You don't buy those one at a time even at the craft store and you are looking at $2.49 a package. Now, do you want to do the math?

Better buy that pair from the artist because there is no way you are making them as cheap as they are selling them.

And why should the craft stores give us $50.00 each just to show up with crafts? Because some fool is going to spend $100.00 trying to make the item! That fool is going to be one of you who just read this.


How do you think I got into this business?
Posted by Janice Scott-Reeder King at 3:54 PM No comments: